Wild Boys at the Swanswell

Wild Boys supporting a band I can’t identify, at the Swanswell, probably 1979. This is one of the films I’ve been sorting out over xmas. A lot of these early films, shot in pubs like the Swanswell with next to no lighting are in poor condition, but with the occansional interesting shot lurking amongst the scratched, badly processed negatives. And if you can identify the headlining band please supply a comment.

[ Update – gig has been identified by Roy Spencer as being 12th July with the Denizens (and there is a review of this gig in an issue of Alternative Sounds), but also by Rob Lapworth from the Wild Boys as possibly being on May Day with Stroud band Emotion Pictures. ] 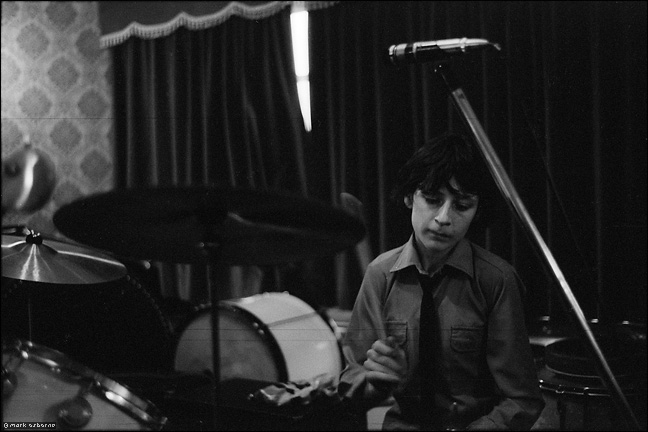