I’ve been researching the various television programmes about the Cov Music Scene with help from Garry Campbell over at BBC Birmingham. Thus I’ve been able to have a look at the Something Else programme that went out December 15th 1980 that had a great item on Martin Bowes Alternative Sounds. Which is an excuse to finally post the photos he has from the production, these where taken by Don Coutts then part of the BBC Community Programme Unit who went on to do some pretty decent television – check out his production company site here. 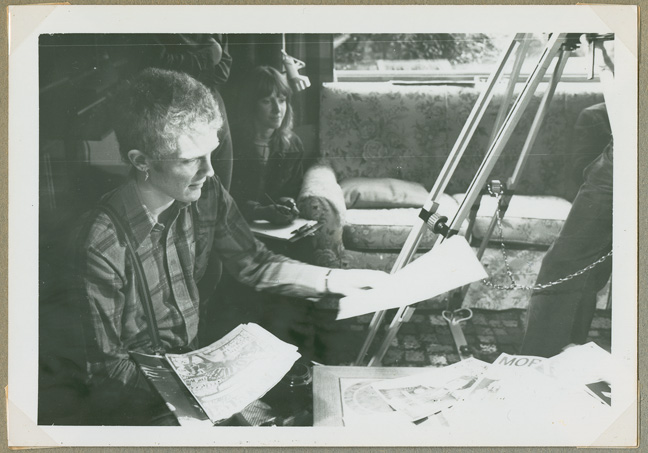 Martin sticks some fanzines under the camera. Photo: Don Coutts.

Doing a talk on the development project at an Emerge Networking event next thursday 5.30pm (16th Jan) at The Institute for Creative Enterprise (ICE) which is part of Cov Uni.

Event details are at http://creativeenterprisecoventry.wordpress.com/emerge-2/emerge-networking/.

I’ll be showing the prints we’ve been doing plus demoing the prototype of the installation. 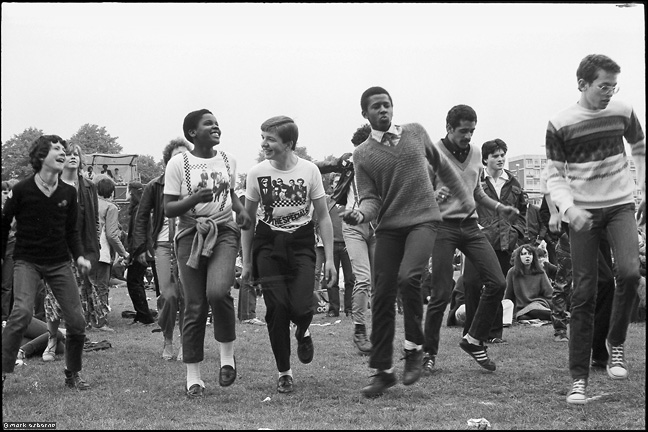 Where Have All The Bootlegs Gone?

Found the Steve’s Playlist chart below in the December 1979 issue of Alternative Sounds, which apart from the first track is all gig & demo tapes. Does any of this stuff still exist? If you’ve still got any of it please get in touch.

Martin Bowes lent me his Alternative Sounds scrapbook to use in the project. It has some neat stuff – him meeting up with Prince Charles – which I’ve finally had chance to start digitising. The shot below is from a great set documenting the filming of the BBC Something Else programme on Alternative Sounds and the Cov scene. When I get time I’ll do a proper gallery of all the shots. It would also be good to get access to that film footage, some of which was recently reused out of context in a Beeb documentary on punk.

Dill and Martin (with Larry in background), filming Something Else

Digging through all my junk found poster the below from a Specials (or The Specials A.K.A.) gig of May 25th 1979 at Butts SU Building with Gods Toys in support. 80p on the door. Posters a bit worse for wear but a neat find.

The Special A.K.A poster, May 25th 1979, Butts SU Building, with Gods Toys in support

Static archive of 2013-2014 development blog for Arts Council funded development project with eventual goal of a photographic exhibition and interactive installation on the Coventry music scene 1979-1981.