Urge, long exposures at The Climax – not very good attempts – but at least we all get to see what the seating arrangements were like…

Eyeless In Gaza, Kevin Harrison and Bron Area at The Climax, 3rd April 1980, a very early Eyeless gig and the shot of Kevin Harrisons 20 minute guitar improvisation is one of my best shots (+ used as the basis for the cover artwork of his Inscrutably Obvious album).

Possibly my final film of the 1979-81 scene – Kevin Harrison doing a solo set at the General Wolfe for which I provided a 2 projector slideshow. 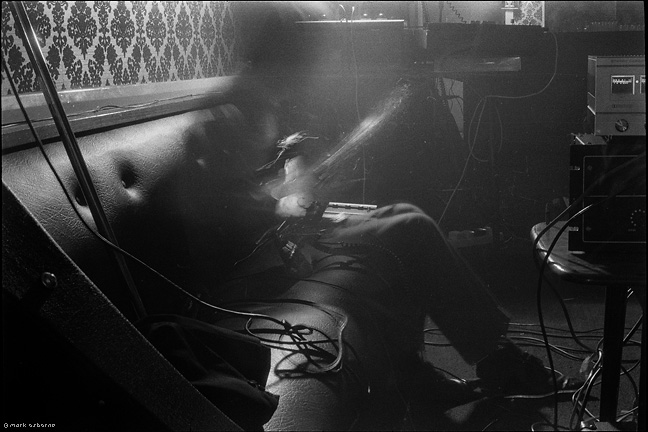