Home > blog > The Chords outside Tiffanys, plus The End at the Heath Hotel

The Chords outside Tiffanys, plus The End at the Heath Hotel

First a few shots of a band posing at the rear entrance of Tiffanys, are they a band with a support slot at Tiffanys or just thought it would be a neat spot for photos: who knows? [ apparently its The Chords most likely supporting The Jam at Tiffanys ]. Plus on the same film a short set of The End playing at the Heath Hotel. 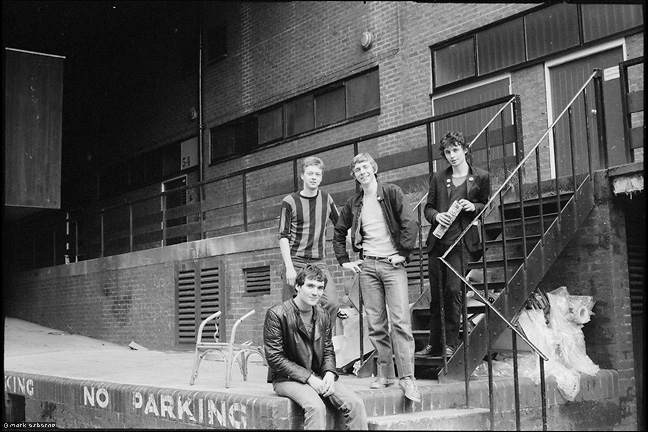 Unknown band posing round the back of Tiffanys