Just uploaded short set of The Clique at the Swanswell Tavern, which was a great back room of a pub type of venue. This is the other half of the film with the Wild Boys Zodiac gig on it, so shot sometime mid 1979.
Update – thanks to Chris Norbury (Clique gituarist) – the gig was on Thursday 19th July, 1979. Chris also supplied the bands line up that night – which was Caron Joyce (vocals), Brian Hewetson (bass), Chris Norbury (gituar), Allan Pollock (drums) and Andy Phillips (guitar), they were supporting the Targets who unfortunately I didn’t photograph. 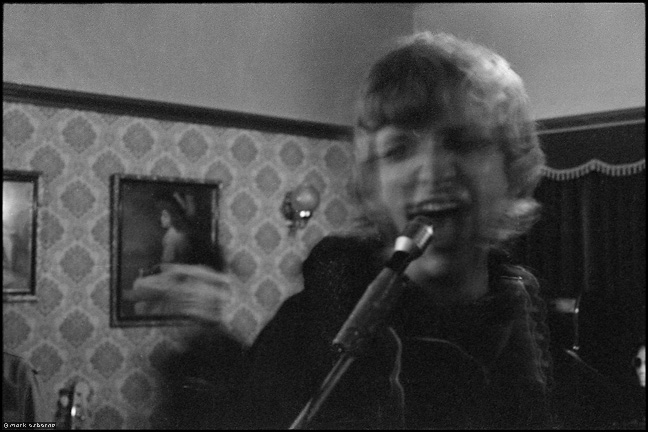