A really dark set of negs – the Swanswell wasn’t big on lighting. Riot Act at the Swanswell plus an unknown band (an open mic slot?) with Nigel Mulvey on bass and some vocals from Craig St Leon later vocalist of Criminal Class. 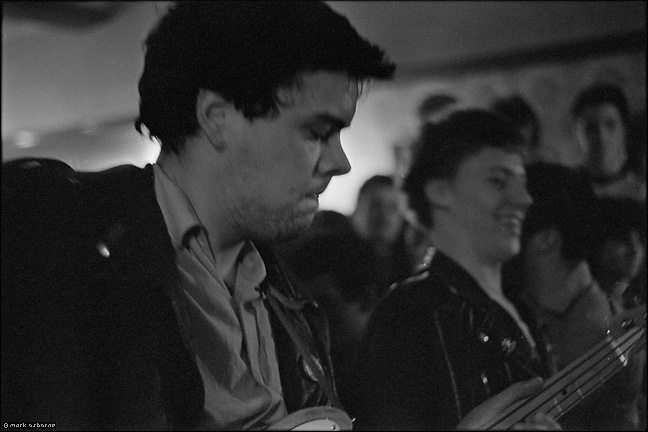