Updates to a few sets of images and a few stray shots.

More images added to the Cure set at Warwick Uni.

Three more images from the start of the Eyeless In Gaza Moonlight Club gig.

Two images of The Accused opening for Urge and UK Subs at Digbeth Civic Hall.

A couple of promo shots of (I think) The End – well it has Dave Gedney and Jerome in the lineup.

A couple of shots of Mef in an unknown band at the Zodiac (these shots where at the start of the Machine/Nine Below Zero film).

And finally two shots of what Alan Rider thinks is Clique playing at the Zodiac (update: but apparently according to Chris Norbury of the Clique it isn’t, so mystery band playing at the Zodiac) [ & which now turns out to be The Opinions from Brum – thanks to Loz below for info on the band ]..

If you can add to, confirm or otherwise the correct the info on any of these drop a comment.

I’ve got a final set of a Cov favourite going up next week and thats pretty much all my negs from this time scanned, processed and up online. Not that I plan to stop there. 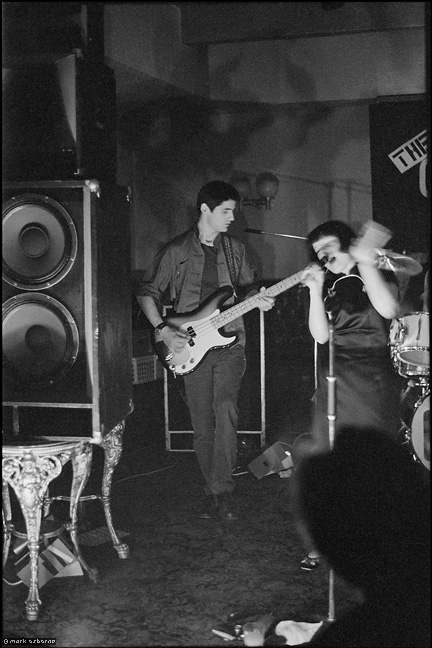 Possibly the Clique (and looking pretty neat whoever they are), Zodiac, date unknown