Bron Area gig at Club 77 in Nuneaton, with Alain Royer on gituar.

Squad being filmed by the BBC at the General Wolfe, with a certain amount of confusion supplied by their enthusiastic fans.

The Slits at Coventry Theatre, September 1979, where the audience not able to cope with a punk band doing new stuff (tour was in support of The Cut album) invade the stage. As I tried to photo this unfortunate action the film snapped in my camera.

Musically the gig was also memorable for Don Cherry (Neneh Cherrys father) one of the support acts who played an unusual african instrument looking like a mutant gituar (a doussn’gouni according to wikipedia). 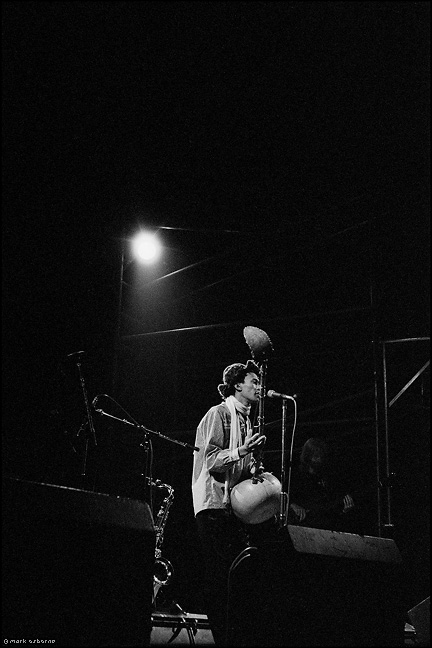